Imran Khan to announce a long-awaited package for gawadar port would bear a new milestone for improving the current business and living standards. The gawadar port holds an important geographical area that would not only help Pakistan but also turning the tides of the region for more prosperous and high yield-oriented trades, resultantly making Gwadar an international trade hub with its own gwadar international airport.

This article covers the strong leverage that gawadar possesses in its arsenal in addition to Imran khan’s announcement.

The key points in the blog are

A Quick Sponsor If You're looking for an opportunity such as if there is any Bahria town Karachi house for sale?’ a real estate company is always ready to help you! You can contact us at Redbox anytime for a free consultation. 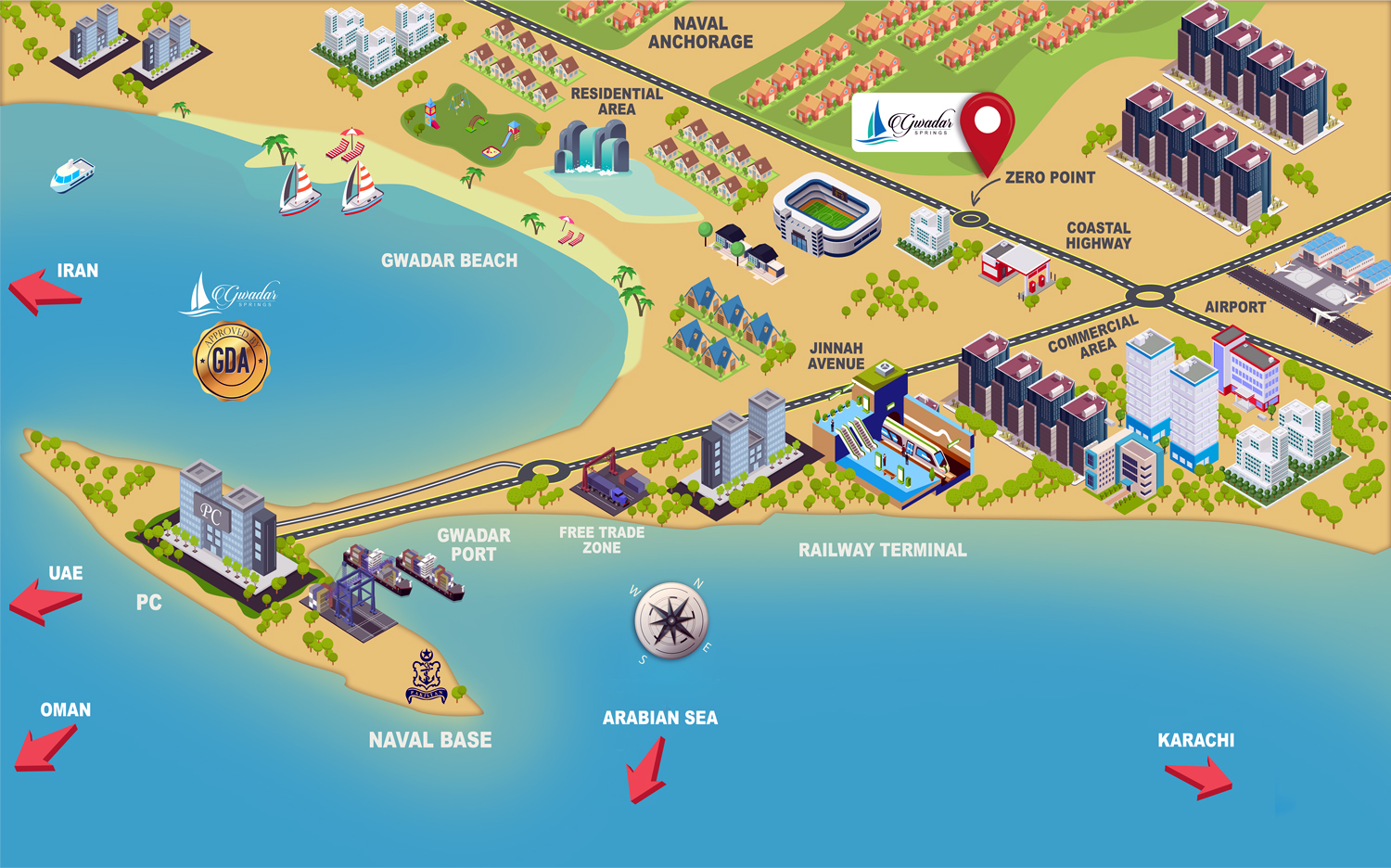 Where is gwadar in Pakistan? A Port and international city located in Baluchistan. The Gwadar Pakistan port plays an important role in the region. Having economic and stability factors in the region would not only benefit Pakistan but also other aligned countries especially those that would use the trade route of gawadar. Gawadar is a multinational and strategically important city.

The energy-rich sea called the Caspian Sea touches the boundaries of gwadar. The central Asian countries and south Asian countries cover these shores. This makes the gwadar a key geographical arena that would make potential monetary perspectives for the region.

Few other countries such as Afghanistan and Iran also hold calls to trade through this seaport. This would allow landlocked countries like themselves and Tajikistan to trade without extensive Tariffs otherwise.

Having a safe, swift, cost-effective passage would bring out the importance of the unilateral and bilateral ties among the countries. Gawader’s Importance is extensively covered in our other articles.

Read More: Digitalization of Property - A Revolutionary Step in Pakistan 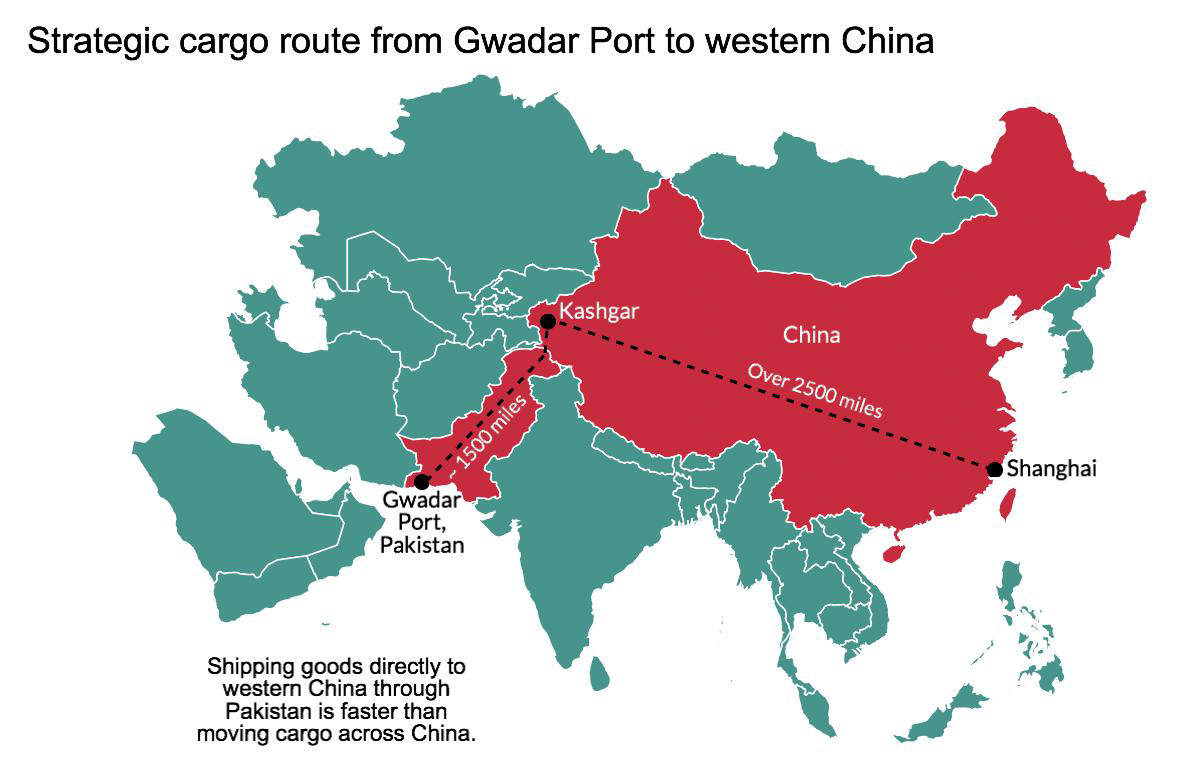 On 5th July 2021, in the light of its importance and a continued development Pakistan itself is putting efforts in uplifting Gwadar into a standardized city, up to an international benchmark. PM Imran Khan visited Gwadar and announced the development of phase 2 of the Gwadar Free zone along with many other projects which would benefit Gwadar as a whole.

Phase one was started in 2016 with $20 Billion which was 100 Kilometers tax-exempt zone. This Industrial zone was a milestone to start the CPEC project and give a boost to industries that were to work in Gawadar, providing a necessary kick start.

Projects like these add up to the total development contribution to Gawadar and CPEC. Much more would converse towards increasing the economy of Pakistan itself. The turnaround of a barren fisherman's land into a multi-billion-dollar project would be a game-changer for Pakistan.

PM Imran Khan Signed MOUs related to improving the standard of living in Gwadar in contribution to Baluchistan. MOUs signed:

Gwadar has been in the limelight for years now, but the rush in the progress came in 2009 where it completed its construction phases and became fully functional. Is Gwadar a good investment? To prove that China’s next surge of investment came in 2015 when China invested US$ 46 Billion and announced its intention to develop the China Pakistan Economic Corridor (CPEC). Where only 1.15 billion Us Dollars would be spent just on the infrastructure. 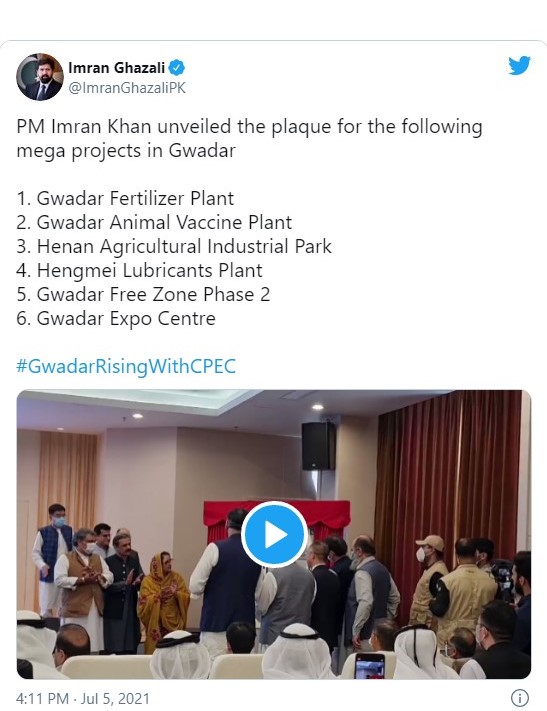 For the development of local communities, PM Imran Khan announced initiatives such as a technical college, a hospital university, cheap loans for farmers, gwadar cricket stadium, and other programs for uplifting fishermen of gwadar.

A Quick Sponsor: Now, you might have a keen interest in Property. There are ASF City Residential Plots for Sale.  We have an energetic and experienced team of qualified Realtors at RedBox a Successful Real Estate Company, that are eager to help you. Consider contacting us! We at Redbox estate are always ready for help.

A Potential with promises

On account of the potential that Gwadar holds, it is no less than being an international trade hub. The market follows along the routes. The economy is generated through tariffs mainly, with an international standard infrastructure, the majority of economy hubs would shy against the potential of Gwadar Pakistan.

On another page, the predictions and progress plans are a big-haul for investors. Gwadar might soon be competing for one of the biggest cities of Pakistan in near future.

Is gwadar a good investment for property investors? Reports have to lead to swirl in property markets, enough to attract many investors including international investors. The Bahira Town might launch their next project in Gwadar once they complete their Karachi project.

The Salient Features of Gwadar Port

The salient features as stated by issi.org highlights a few of the key features that set Gwadar apart from most other port cities.

The salient features are as follows: 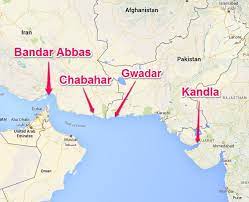 A link From Gwadar Airport

The Chinese government owns a high interest in gwadar airport, Pakistan believes that gawadar will soon become a regional hub in the future, even an international trade route with the gwadar international airport. PM Imran Khan in light of current and future gwadar, China, and regional needs inaugurated New Gawadar International Airport (NGIAP) located at Gurandani, which is northeast of Gwadar City.

It is expected to cost $246 million, however, the size of the gwadar airport would be able to handle larger aircrafts such as A380 and other larger cargo and commercial flights. The gwadar airport will also have an open-air policy that would help international flights make gwadar destinations worth a visit. The airport would easily cater to domestic and international flights. It would be a greenfield airport that would handle a cargo capacity of 30,000 tons a year. With its one runway already functional, the second runway would be constructed by China Communication Construction Company (CCCC) which is expected to be completed by 2022

Is Gwadar a trade hub or military asset? 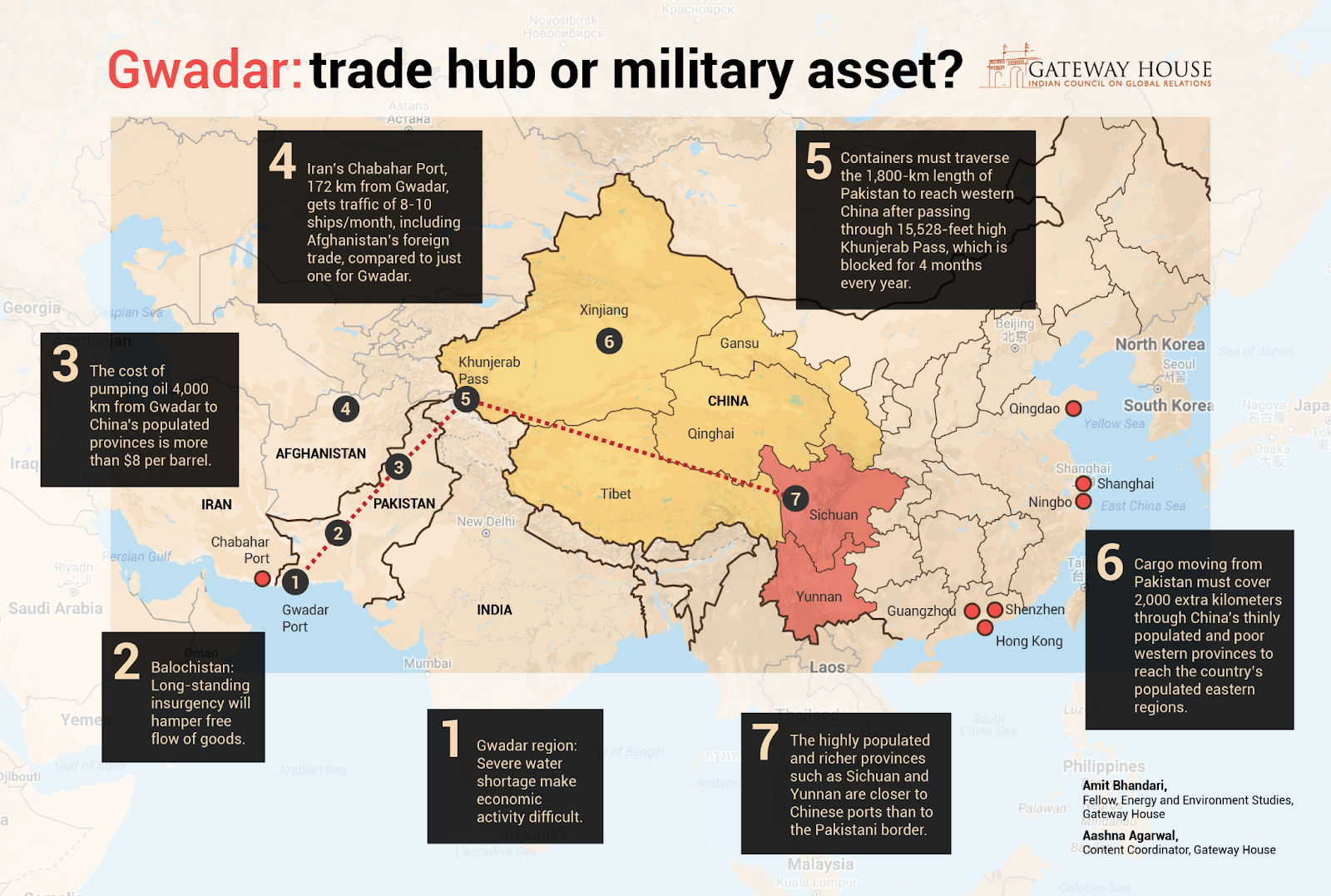 Looking at the gwadar map, the city holds a key strategic positioning when it comes to trade and being a military asset. This can be discussed and explored as:

Karachi holds the seat for being a commercial port that earns up to 70% of national revenue for many past years. With gwadar on board and functioning, the potential for running a higher revenue would greatly increase the GDP. In the long run, the transit and trans-shipment facilities would increase the revenue generated by Gwadar Port. As stated by Issi.org

“Being the only commercial port at Karachi, around 70 percent of national revenue comes from Karachi for the past many years. In the long run, Gwadar Port is likely to earn enormous revenues for the country by providing transit and trans-shipment facilities to several countries. This would transform the composition of national revenue.”

A Quick Sponsor: If You're looking for an investment opportunity, there are Plots for sale in the Asf housing scheme. Then consider looking into our catalog of projects that are exclusively sold by Redbox!